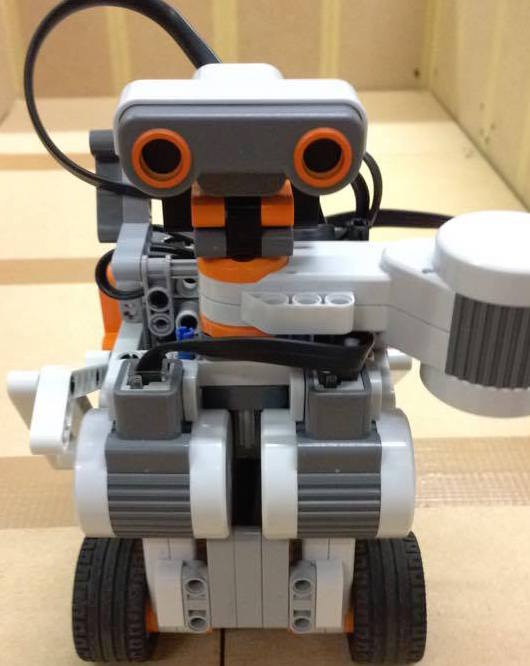 This project involved developing algorithms capable of localising a robot within a known environment but at an unknown position and moving it to a target location. This was achieved in simulation using the BotSim library in Matlab and then implemented onto a real robot.

The robot was limited to using a single ultrasound sensor, an odometry sensor and two motors. The robot was designed and built to represent the simulated robot as accurately as possible. This was achieved by positioning the ultrasound sensor directly above the turning centre, located in the middle of the two motors. In theory this configuration enabled the robot to turn without displacing the sensor, although in reality this is unlikely.

The localisation algorithm utilised a particle filter to approximately calculate the robots position. The Euclidean distance was used to score the particles with a low variance resampling procedure. Once a suitable estimation for the position of the robot was calculated, a wave-front based route planner was implemented to generate a discretised route to the target. To ensure that the robot did not clash with a wall, a smaller, inwardly offset map was generated and used in the route planning. The motion of the robot was divided into rotation and translation, therefore requiring separate turn and move commands. The list of unit moves from the route planner was then combined into turn and forward commands for the robot. The simulated robot performed scans and relocalised along the route to ensure its accuracy as it moved.